The Evocative Image: A Photographers Guide to Capturing Mood


As a lunar month lasts about That is not the case with the moon as its passage through the heavens is governed by its complex elliptical orbit of the earth. That orbit results in monthly, rather than seasonal variations, as the moon moves through its lunar cycle. The result is big differences in the timing of its appearance and its trajectory through the sky.

Luckily, we no longer need to rely on weight tables to consult the behaviour of the moon, we can simply download an app on to our phone. As you frame up your shot, one thing will become immediately apparent; lunar tracking is incredibly challenging as the moon moves through the sky surprisingly quickly.

Whilst images of the moon large in the frame can be beautifully detailed, they are essentially astronomical in their appeal. I think it speaks to a lot of us who find Uncle Bob in the way, except this was her dad, and he was very accommodating and really proud. I wanted to make a shot that showed that in a different way. Make sure editors have a direct line to your inbox. That makes sense to streamline contact with clients, but an impatient editor would simply move on.

Make your email address visible somewhere on your website—if your squeamish about putting it there, put it on your Facebook business page. To me, the best wedding images are the ones that tell a story. Even better, they can be preserved over time as a beautiful print. This image, by award-winning photographer and WPPI speaker and Print Comp judge Rocco Ancora, is bold and compelling, has movement and shape, and feels both vintage and modern at the same time.

A good print has longevity, not just in its physicality, but also in its content. This portrait fits the bill on all counts. Behind-the-Scenes with the Photographer: "A single speed light placed behind the wall on the right was used as the light source in this picture. The flash was not diffused or modified as I wanted to achieve a strong, clean, sharp shadow, adding to the overall impact of the image.

This portrait, of University of Michigan offensive guard Michael Onwenu, made me wonder: Is he rejoicing?

Why These Photos Made It To Print: The RF Editors Pick Their Favorites of | Rangefinder

Is he singing? Is he always this joyful? A more obvious choice might have been for the Detroit-born and Los Angeles-based Sam Trotter to photograph Onwenu in his football uniform, maybe even on the field, but this literally stripped-down version is so much more impactful and shows us the real player behind the game. The year-old Trotter is known for his bold and brash imagery, and here he does not fail to deliver. As I shoot, I increasingly learn about myself via my subject.

Behind-the-Scenes with the Photographer: "I took this photo in early during the winter. It was the first winter I spent back in Detroit since graduating high school.


Send me a handwritten note with direct mail pieces that showcase your best work and your signature voice. He effortlessly identifies what is unique about his subjects and portrays them in the most flattering and relatable way. There is strength, dignity and humanity in their postures. 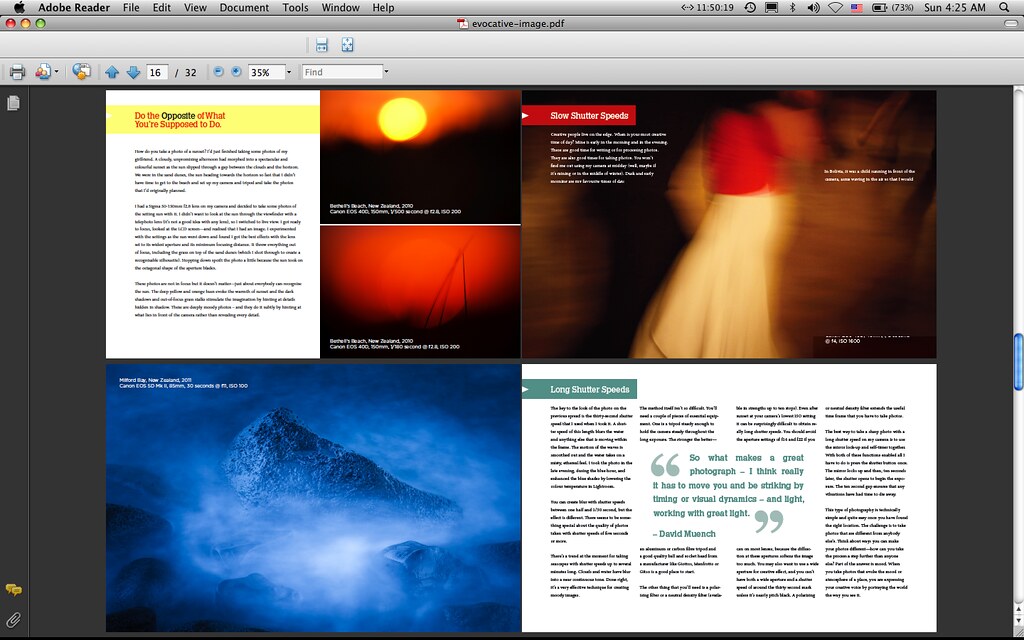 The image is made even more appealing by the creamy texture of the lighting. Emily Keegin, the photo director at The Fader , and I thought it'd be interesting if I were to do my take on passport photos and photograph Linda from different angles, displaying the images side by side or as a quad. The basement had really low ceilings, so I had to play around with the lighting for a bit with my assistant before we found the right balance.

I asked Linda to wear a hijab that she really enjoyed and that would feel unique to her. I was really happy with her choice of red because it really stood out and made the photo feel memorable. Behind-the-Scenes with the Photographer: "The ceremony and aperitifs were finished around p. My vision was really clear, inspired by the masters of the Renaissance: I wanted a very simple pose that indicated that the wedding was done and another story was ready to be written.

I cleaned up the background because it was too chaotic and closed other windows to have a more dramatic effect. The mother of the bride and some girls wanted to talk to Lea, but I had just 5 minutes before the light would be gone, so I started to try to convince everyone that something super cool was happening in other rooms to have a bit of privacy. Your website should carry as much impact and personality as possible. What a series that would have been. For a time, I shared a flat with an Australian girl who had a Pentax or maybe a Nikon , which, as I recall, she used a lot.

When she departed for home after one too many long London winters, she took all her snapshots with her. I used colour slide film, unwittingly.

The pictures ran, though. One filled a whole page: Ben and Tracy beneath a giant statue of Lenin. It remains a source of some pride: my one brush with practical photography. Though I write about photography for a living, I did not own a camera until recently. My first was a Pentax Omnio digital compact — a present from my wife. I now own a Fuji X10, which I use as a visual diary. 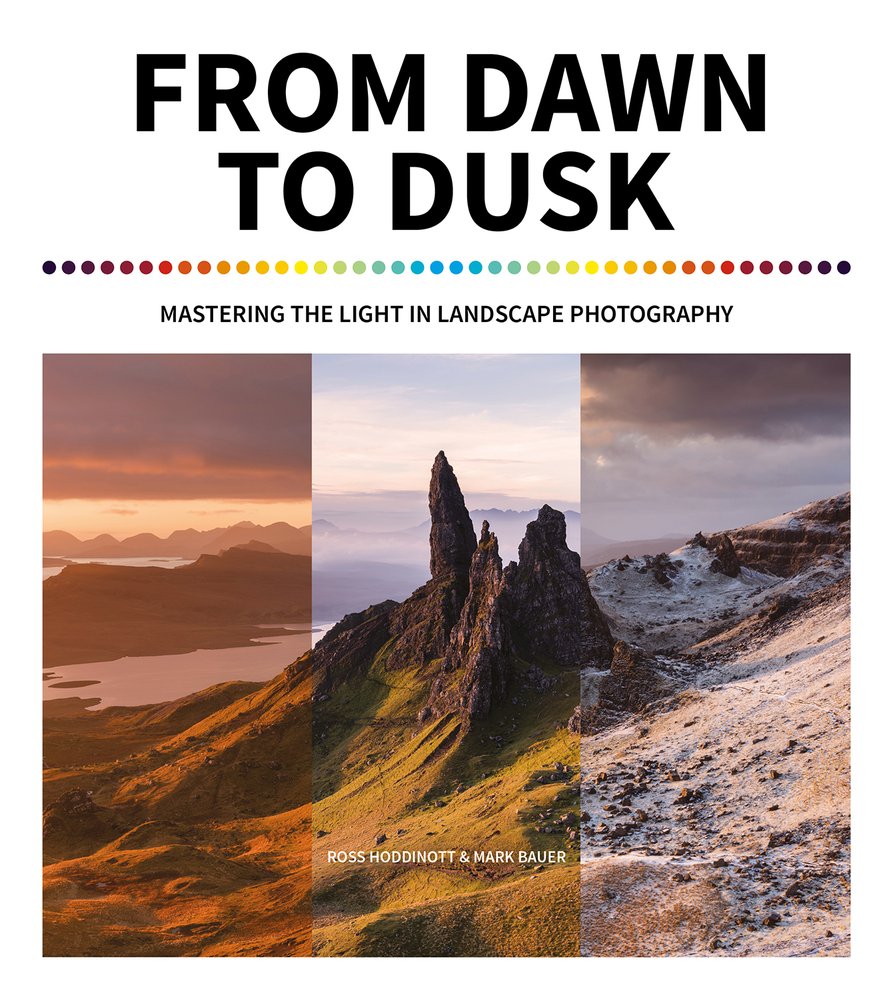 I try not to shoot as much as I used to because so many great photographers have told me that the real editing takes place as you are shooting. I have never printed a digital photograph. They are stored on my hard disk in their hundreds, maybe thousands. This fills me with a vague anxiety. I can see now that I shoot certain things over and over: landscapes whizzing by from moving trains; people dozing on the tube; things scrawled on walls though not graffiti or graffiti tags ; the tops of trees against the sky.

I basically shoot the kind of photography I like. I think photographs should be intimate. And everyday. And luminous. When my father was very ill a few years ago, and again just after he died, I photographed the interior of his garden shed on my phone and digital camera. The images, together and separately, feel like a portrait of him somehow — a portrait of the inside of his head and all the stuff he had collected there.

For me, they possess a meaning that many of my other photographs do not.

Something to do with time and mortality and memory, all the things Roland Barthes wrote about in Camera Lucida, and which photography seems to evoke like no other art form because of its very nature — the split second already gone. At some point, I will put some words to them, because that is what I do. But every time I see a photograph that surprises me, I wish — for a split second — it was the other way around. They are not well-loved, and occasionally get used as doorstops.

Yet hidden inside is an invaluable part of our family history — our collection of photos. Will is a photographer, and though there have been occasions where we have sifted through photos and even printed a couple out, the sheer, overwhelming volume of pictures he has taken over the years has made it impossible even to begin to manage or access this collection. He takes up to 80Gb of photos per shoot and estimates he has half a million photos. Combined with human incompetence and the chaos of child-rearing, the inaccessibility of our visual memory bank has become a real bone of contention.

Last spring I spent three evenings editing and sorting with no small amount of obsessive satisfaction, I should add a few thousand photos of us all, organising by event and pulling the best into a shortlist folder.

Create fashion images that capture the mood of the dress

We moved house, and the hard drive disappeared. Maybe lost, maybe wiped. In the digital world, easy come, easy go. If we had had only 10 pictures in the world, would we have been more careful with them? The relatively small number of photos in the family collection from when I was a child meant that many of them came to represent powerful, emotional links to our past: to favourite holidays, to my childhood home now demolished. Later, with the death of my father, they took on a rather cruel disconnect to the present world; he seems so vital and alive in a casual moment caught and printed on a random piece of photographic paper, yet he is no longer here.

We are still early into our adaptation to the digital world, and unsophisticated when it comes to managing all this material. We need to be more selective in what we choose to photograph and what we choose to keep. Delete is your friend. But the problem also needs technological recognition. Photo storage needs to be more automated, and photo-viewing software should also help us more. It can learn which photos we view most often, and let the poor photos recede automatically. It could identify duplicate photos and suggest the one to keep. All we need is some bright spark to fix the problem.

I got into photography at art college. I borrowed a 35mm camera, and would go in the dark room for hours, practising how to load the neg on to the spools. But I only bought my first camera later: a Mamiya C with a twin lens. My sister Jane and I would make our own large-scale prints, about five metres wide, with an enlarger that we had to tilt on its side to make the projections big enough.

We would bring garden troughs into the dark room, roll these massive sheets in water, then in developer, then fix them, before running each sheet under water for hours. We got weekend access and I would stay in there till all hours. I use a digital camera, and an iPhone: you can do little effects, and I love apps where you can shoot grainy, black-and-white movies. The idea was that it looked really lo-fi, that we just captured it on the fly with loads of volunteers, which we did.

The curator Norman Rosenthal was there that day, which was serendipitous: he played the wailing woman that gets shot, and drag queen Jonny Woo was the mother pushing the pram down the steps. Photography has entered such a democratic sphere now, with the digital realm open to all.

I often take him to exhibitions and he loves sitting cross-legged on the floor and watching video art; his generation have such an empathy with that kind of work. My father had a dark room before Jane and I were born. Jane and I put his photo behind a set of old-fashioned weighing scales. The scales reflect the balance, the way the women seem on the same plain. When I see a photograph of my mother, I barely recognise her.

Why was “The Americans” so influential?

This saddens me, and says less about the photograph than it does about memory and my childhood experience. I also have a number of family albums and boxes stuffed with pictures, some well over a century old. I keep them cool and in the dark, and rarely look at them.